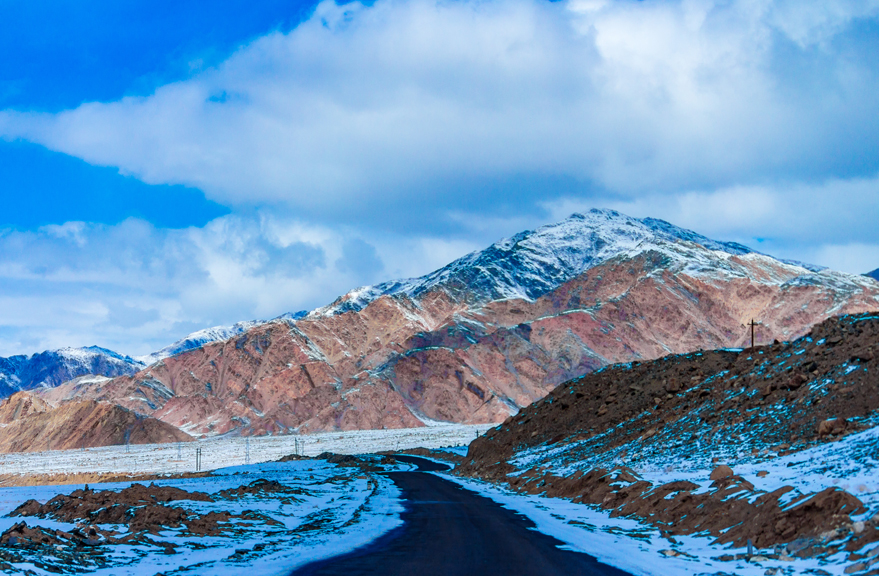 Ladakh weather in September is known to be the most ideal time to plan a trip. And this has its own reasons. Though the month of September falls towards the end of the year, this month showcases the best of weather conditions and offers a range of tourism activities. If a trip to Ladakh is in your mind, here are some of the must to be noted points for Ladakh weather in September; make a note of these points, and you would be able to plan a much enthralling and exciting trip to this scenic land.

September is the month wherein the monsoon is almost gone. Snowfall also stops in Ladakh region much before the starting of this month. Also, towards the end of August, the summer sun also starts cooling down. Adding all these up, September promises a very pleasant and soothing weather to the visitors.

By this time, as there are no more snows in the region, the number as well as intensity of water crossings also ceases down. Thus, one can plan a motorcycle trip or can the valley without much difficulty. But then, towards the end of September, the region starts experiencing the crispiness of winter season. Though the temperature starts dipping down a bit, it still remains manageable for the tourists. Keeping buffering days to get acclimatised would still be considered as an ideal choice to get accustomed to the low temperature range.

At times, Ladakh weather in September offers a unique experience to the visitors. This is the month when the river flow decreases, streams also starts running out of water as the glaciers go total meltdown during this month. And as said, the depth and water intensity across the water crossings also decreases all over the region. Due to this, visitors can come across ‘black ice’, which are basically the muddy water bodies freezing down overnight. Mostly common during the early morning hours, some of these frozen muddy water bodies may exist till the sun shines bright. Whether short-lived or existing for long, black ice should be avoided.

Another pleasant fact of Ladakh weather in September is that the roads become easily accessible in this month. As the snow gets cleared, rainfall ceases down, and vegetation are already in full bloom, you would definitely enjoy your trip to Ladakh in the month of September. Whether you take the Manali-Leh Highway or go travel via Srinagar-Leh Highway, the whirling terrains with lush greeneries around them would keep you glued to the enchanting beauty of Ladakh.

Even if you choose air travel as your medium to reach Ladakh, you would surely enjoy the aerial views of the might Himalayan Range and other peaks from right inside your flight as the atmosphere gains much visibility in this month.

Well, even though Ladakh weather in September is very pleasant, you should always be careful with what you pack for your trip. Going by the temperature range, September month can be divided into two parts – early September and late September. Within the early part which may extend up to the second week, you can expect the temperature range to be somewhere between 10 to 15 degrees on an average. However, by the third week of September, temperature starts shifting downward as an indication of the arrival of winter season. During the last two weeks you can expect a maximum of 10 degrees. Given these, temperature during the night throughout the month may range up to 0 degrees, or may go below zero degrees at times.

Hence, you may be able to sustain the daytime temperature by wearing light clothes in multiple layers. However, this might not prove to be a sound idea to sustain the night temperature. You would surely need warm clothes, jackets, and other types of clothing to keep yourself warm during the nights. Also, as there would a variation in the climate, you have to be extremely careful with what you do or how you traverse across places. Any direct exposure to the temperature variation might have weather sickness on you.

And in order to sustain Ladakh weather in September, you can always have a look at our guide to how to plan a Ladakh trip in September. With this guide, you would be able to understand the region better, know how to plan your trip, what and how to pack, places to visit, and things to do in Ladakh in September.