The Intimacy Between Bollywood And Kashmir

Since the introduction of Eastman colours in 1960, Kashmir has been able to catch attention of the Indian film makers time and again. Vishal Bharadwaj’s ‘Haider’ is a recent example that holds true to this statement. Even the devastating floods of 2014 could not stop Indian film makers to choose Kashmir as their shooting location. The valley has been and will remain Bollywood’s first choice because of its magnificence and captivating grandeur. 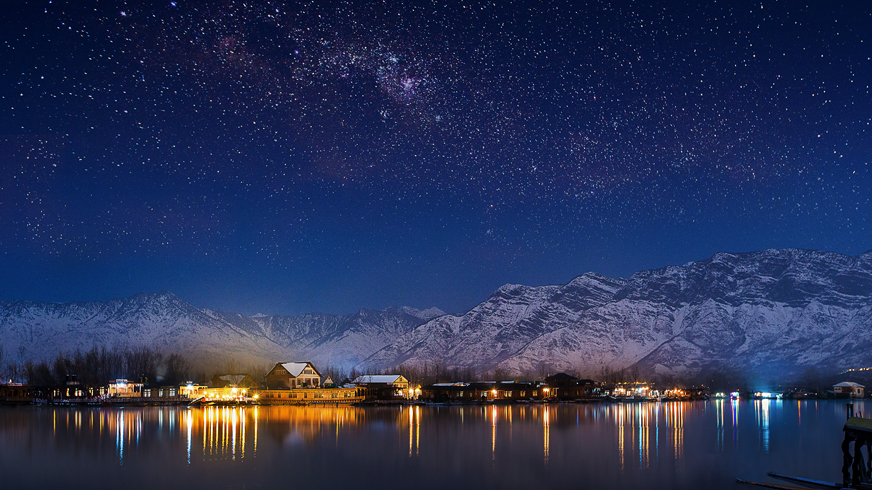 Kashmir has got such a character that allures film makers to depict its glory through cinematic lenses. The abundance of picturesque beauty has made Kashmir a paradise on earth. It extends the imagination of film makers that they try to do new things here. They implement new creative ideas and depict the best of Kashmir on the big screen.

The relationship between Bollywood and Kashmir is intimate. Even the valleys of Kashmir prove this intimacy. Like a small valley in Pahalgam became popular and named after the famous Bollywood movie ‘Betaab’ which was released in the year 1983. It is called the ‘Betaab Valley’ and is one of the major tourist spots in Kashmir.

There is another relationship that has played an important role in bringing more film makers towards Kashmir and that is the relationship of legendary film maker Yash Chopra with Kashmir. Known as the ‘King of Romance’, Yash Chopra has shot some of his most popular romantic love stories in Kashmir. Through his love songs in movies like ‘Silsila’, ‘Kabhi Kabhi’ and ‘Veer Zara’, he depicted the ethereal beauty of Kashmir that attracted a huge number of tourists towards it. Lush green surroundings, snow-capped mountains, extremely beautiful deeply-in-love couples romancing in open meadows were some of the characteristic features of Johar’s movies. Even his last directorial venture ‘Jab Tak Hai Jaan’ was also shot in the exquisite locales of Leh-Laddakh, Kashmir.

Though the valley had witnessed political unrest in early 90s, Bollywood’s love for Kashmir remained unaffected. Every year film makers come to this land of enigmatic beauty, capture its magnificence and give us such a brilliant cinema to watch.